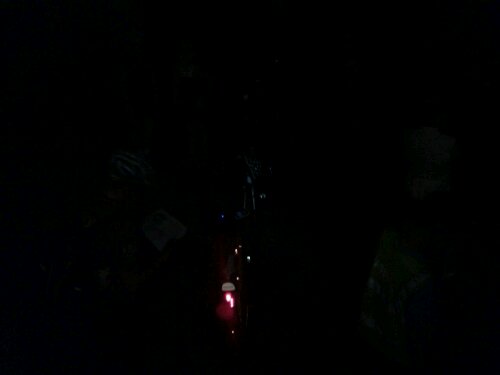 Being that it rained all this week, getting stuff done before leaving has been a bit difficult. I had a lot of shuffling thing around going on. Waiting on people to pick stuff up from me, making sure the touring bike was in proper working order. When I came off the mountain Thursday morning my head was filled with concerns of these things and getting final work on my touring bike done and packing it. Sadly in the rain and the cold what was not thinking about was the poison oak I saw outside my tent Wednesday night. I am really allergic to poison oak. More than once in my life I’ve been swollen and oozing head to toe. In recent years I’ve been good about keeping it in check but only when addressing it right away. That was not done this time.

To make matters worse I didn’t get the touring bike pack Thursday night and had to do it Friday morning, but not before pinching a nerve in my back. Growing old before my time. In the end we where only an hour behind getting on the road but my mood was none too good.

A grumpy couple of days later I had mostly resolved to not ‘race’ the crash race but just roll it. But the magic of skeeball, air hockey and several beers finally righted my mood.

The race was great as usual but my gear ratio (46×17) was far too small. Oh well. Thanks a ton to Wolfpack for the years of great races.

Hopefully I can now check in 8.5 hours early and get a cocktail.