This past weekend I was (questionably) fortunate enough to visit the lovely bunch of knuckle heads that are Santa Cruz Bike Polo. The Shit Fest 2012 was by no other description a total shit fest (shit show if you prefer). As I spent last week moving into homelessness I wasn’t able to head up to Santa Cruz until Saturday morning, after a night of drinking and having to wake up early, get my polo bike out of storage and put it back together. Ffffuuunnn. Showing up at the courts about 30 minutes before the draft I was met with the lovely faces of California bike polo regulars. LA sent up 2 of my favorite ladies of CA polo. Sacramento had the usual hooligans. I was especially happy to see some folks coming out from Fresno and San Luis Obispo seems to be picking up players.

This tourny was a 2 day bench minor with 7 teams. Some suckers (Susan, Shriver, dunno, Sacto Joe, another person, Krista, derp) stepped up to be captains and started picking. Top pick was….. fuck if I know. My team was Krista (LA), Shitty (SC), Me (SF), Brad (Pittsburg), Nikola (SC?), Santiago (SLO), Leon (SC). Hopefully that was everyone.

A lot of people could not hang out for both days. So day two the worst two teams where disolved and redrafted into the remaining four for a double elimination. Dog Soccer, having won the spirit award the day before was obvious choice to be knocked out first. So we where.

In the end, thank you very much Santa Cruz a pleasure as usual. See you all in 2 weeks for my Shit Fest Continued Blowout Pickup Afternoon Extravaganza. 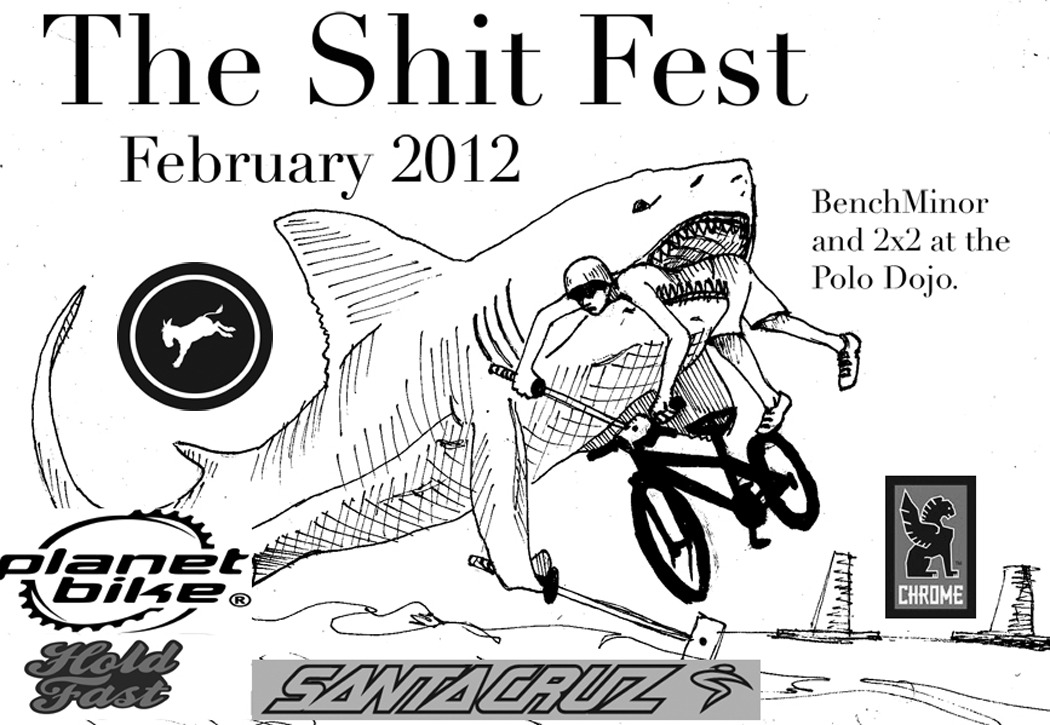