If you pop over to Mastho you’ll see Bernstein mentioned in like… ever other post. And now I understand why. It’s very close to Karlsruhe, about 30km on the short route with the possibility to add on as much as you like. Not only can you add more, it’s nice forrest paths. Mastho put a route together for me using Komoot, I’d never used this service before but it looks quite nice. I downloaded the app and he was able to share the route with me easily, and the GPX it generated worked very well without mods on my old Edge 705. Few (reads no) other services can do this.

As I prepped for BTG I’d read a funny description that stuck with me. They said that sometimes the route appears to ‘bully’ its way through. This is a good example of that. Yes, there is a trail through there.

This ride was to be my final shakedown so I ‘decided’ to leave quite late. I was out the door around maybe 2100? I rode for a short while in the last light of the day before finding myself looking down the tunnel of my lamp. Such a comforting view. Onward.

I love riding in the dark. Especially when weather is nice. It was cool but not too cold. My route worked well, even with navigation turned on but towards the end I got bit by the Garmin. I must have missed a turn, then I missed the fact my computer recalculated my route. On it’s face, that’s fine, I just kept riding along, seeing the end approaching. 1.5km. 1km. 800m…. should be right here…..

WTF!? I’ve seen some dodgy bugs in Garmin but not only did this add a 1.5km spur, it decided to move the end point! In the end 3/4ths the detour was down hill until I reached the hike-a-bike. A 150ish meter steep, rocky, switchbacky climb that finished right at the hiking hut.

I arrive a little after 0100 and pretty hungry so I started a fire right away with the small amount of wood already in the pit. Once a small fire was going I grabbed some better wood from right nearby and drank some Grappa.

One of my favorite parts of travel is the interesting food along the way (Baja was beans in a bag!). Even just different takes on somewhat familiar foods. Why don’t we grill cheese in the US?!? I’m not talking about grilled cheese sandwiches, I’m talking about putting cheese (halumi or similar) right on the grill. It’s delicious and leads to other innovations like this marinated grilling cheese!

Happily fed and finishing off my beer I fell asleep texting with my love back home (smooch!).

My home for the night! Let me show you around.

Let’s go out to the back porch! 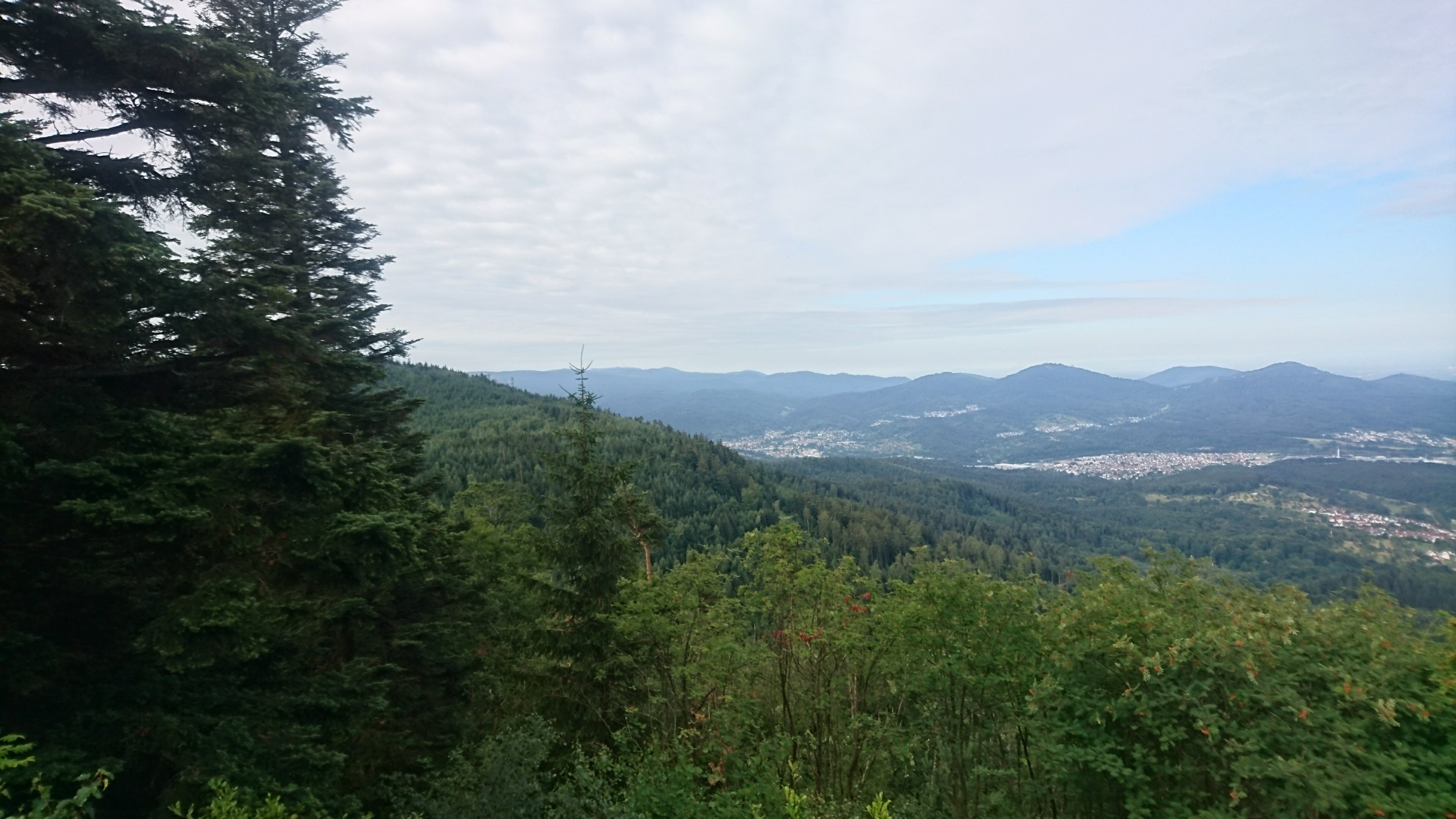 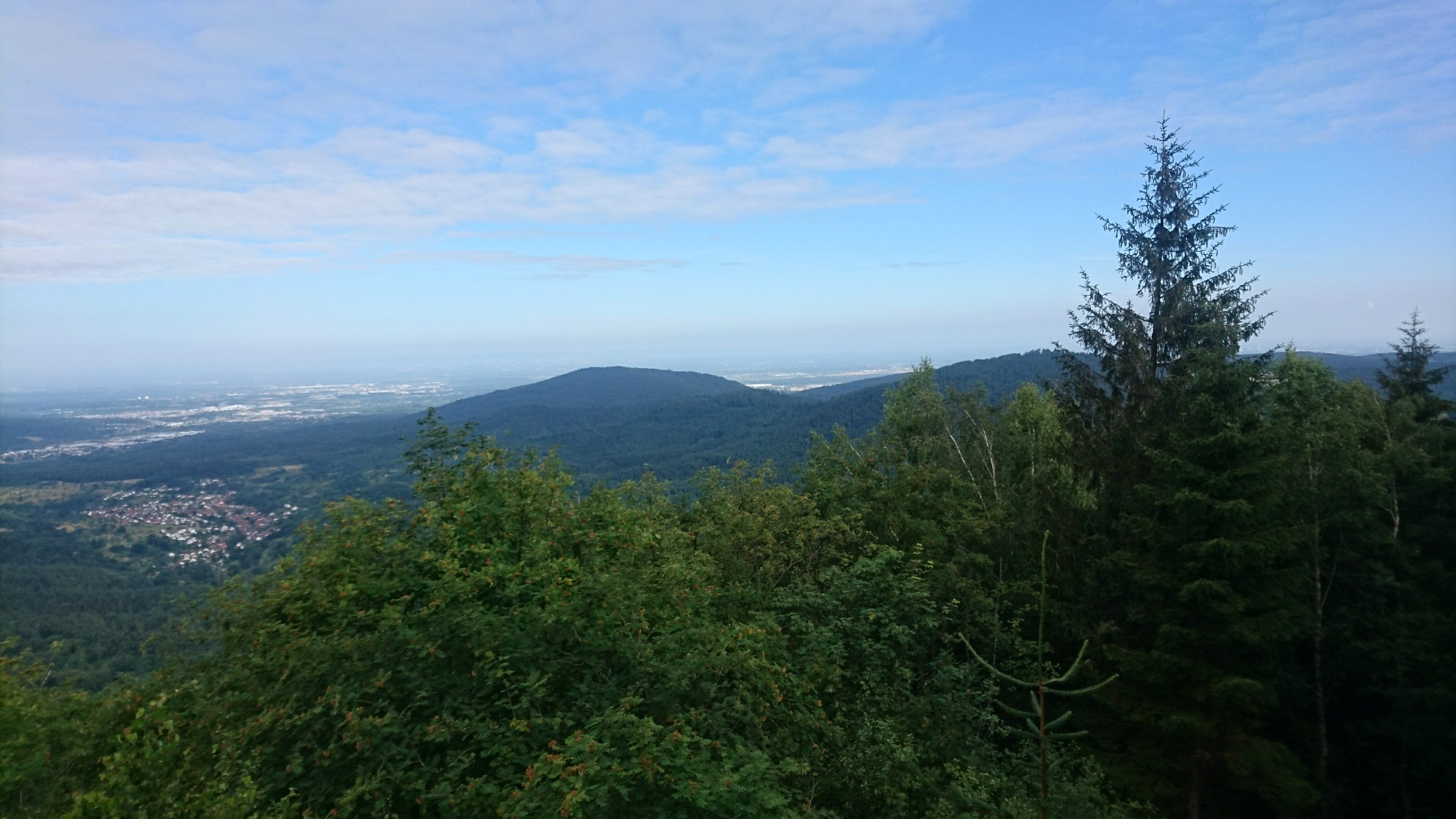 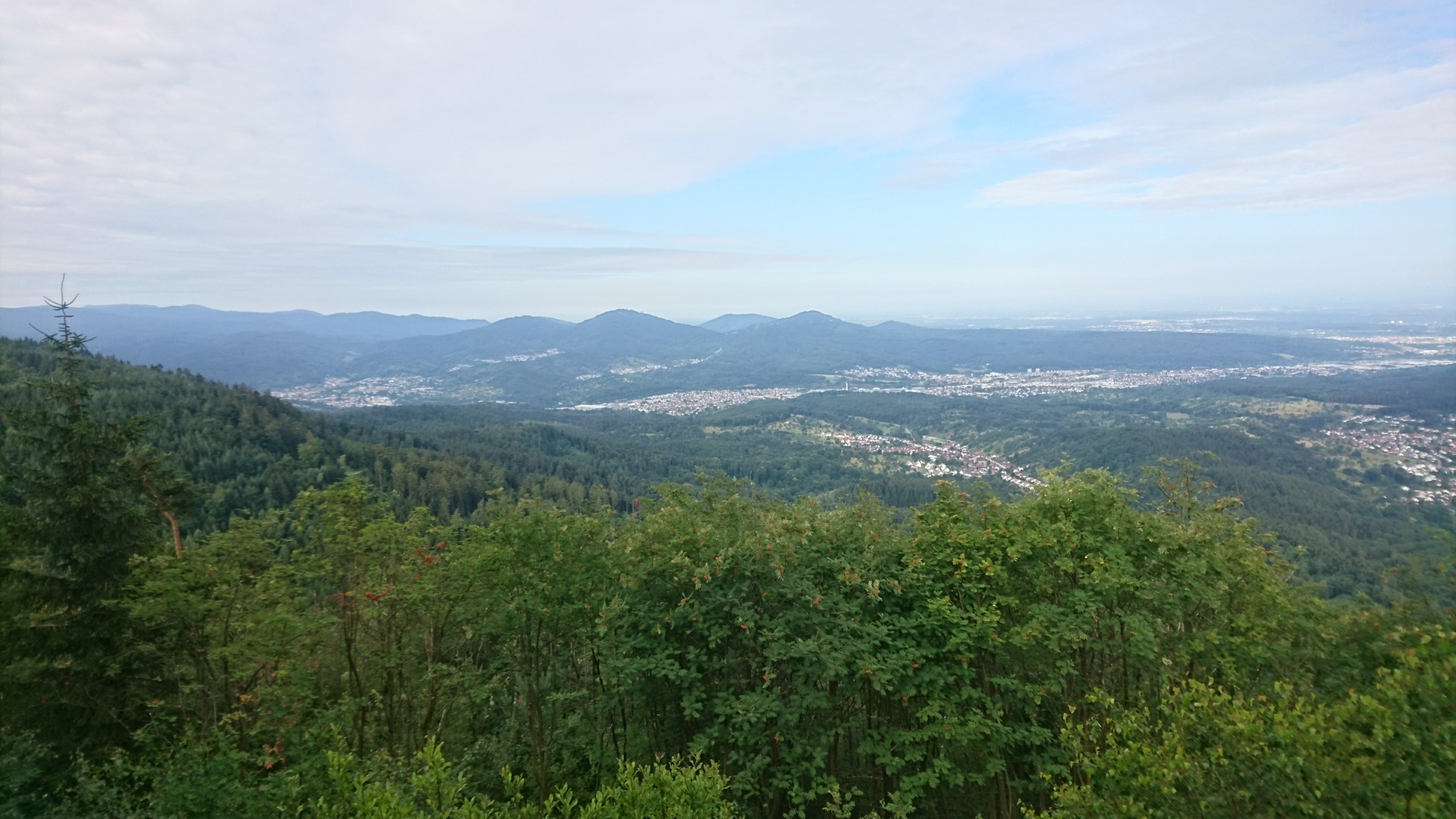 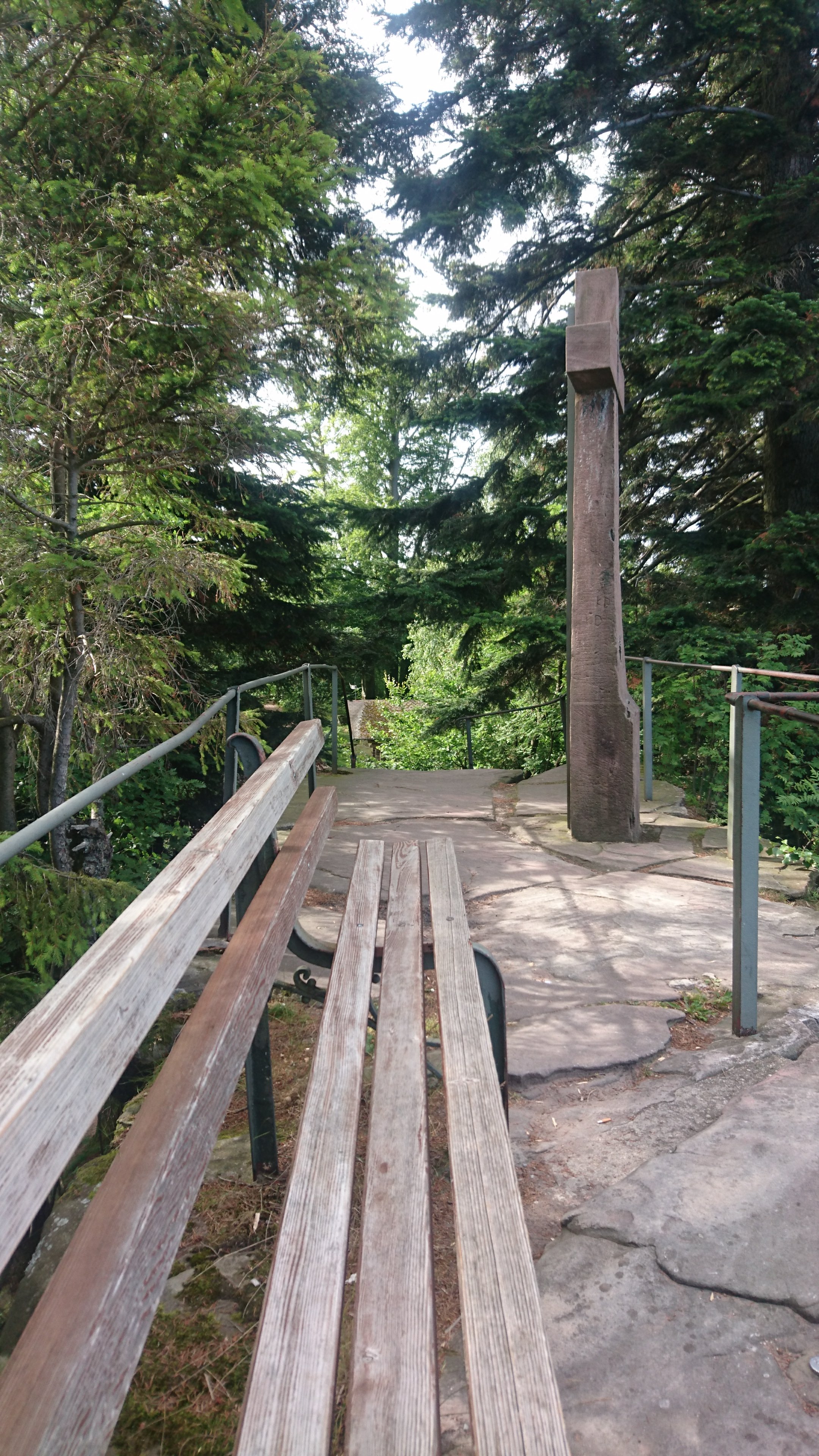 The entire area is pretty stunning and continues to make me envious of the outdoor culture in Germany. California, as stunning as it also is, has been bastardised by private land and closed off access. Where I grew up on the central coast, oil exploration privatised all the surrounding lands. This wasn’t such a big deal in the 90s when I was running around but on recent visits everything has been closed off. I guess this is due to some combo of newer fraking techniques opening fields back up and development pushing up against their property boundaries. This is a crying shame because it’s these areas that helped develop my love of the outdoors and exploring.

The area is named for Bernsteinfelsen, the giant rock on the hill. The whole area has some really neat geology in general. The rock formations were then used to create the outlook. 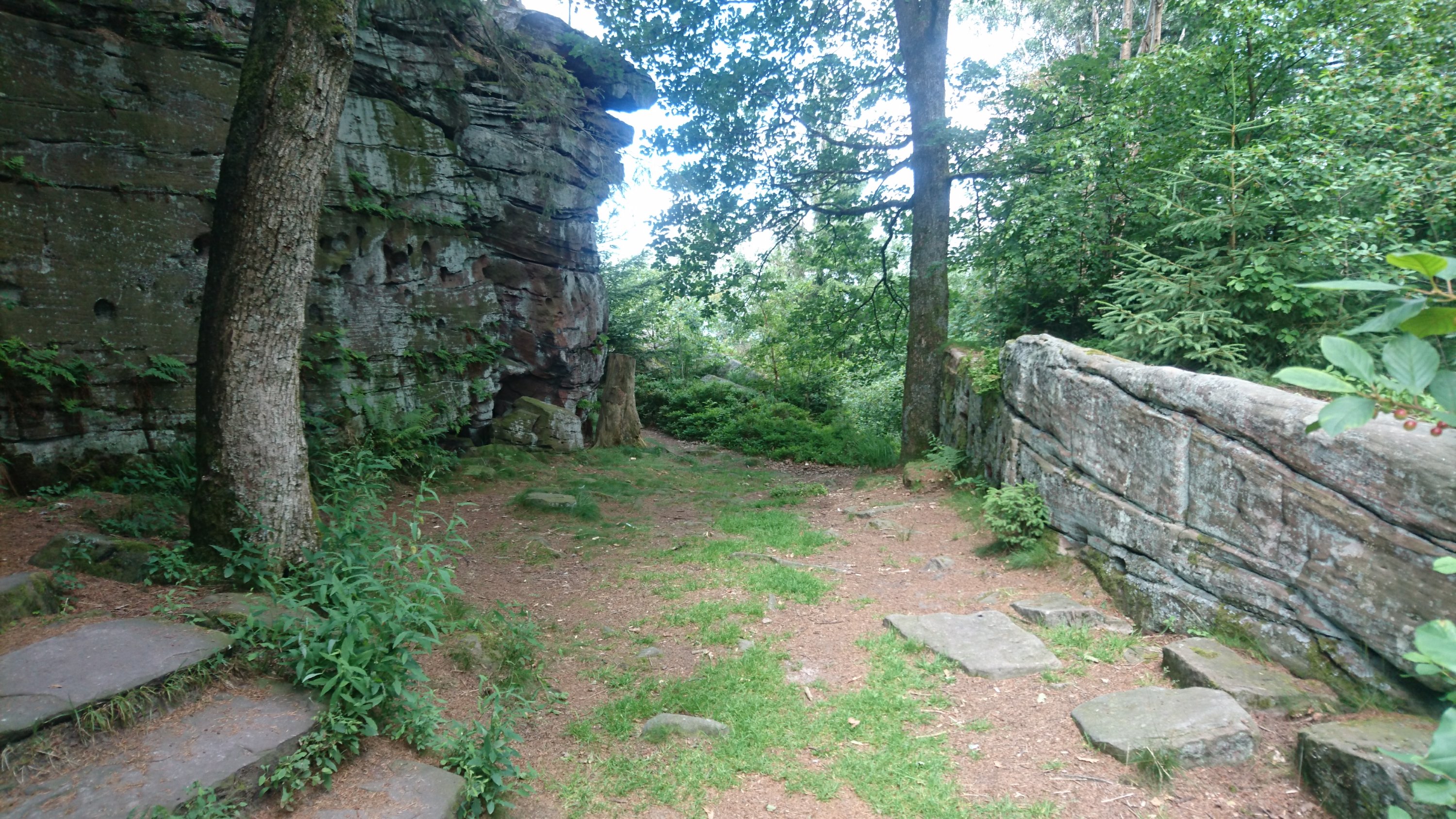 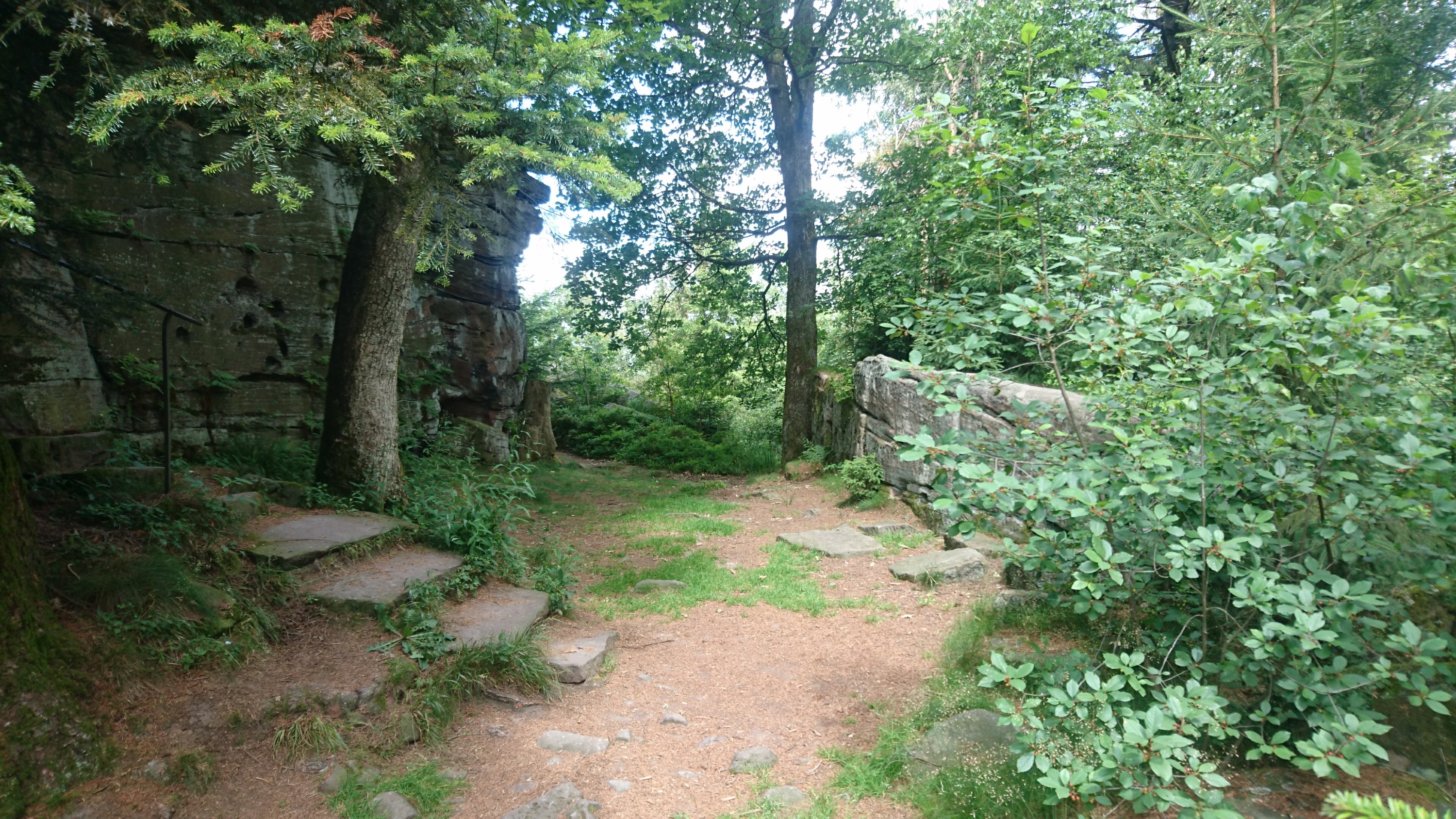 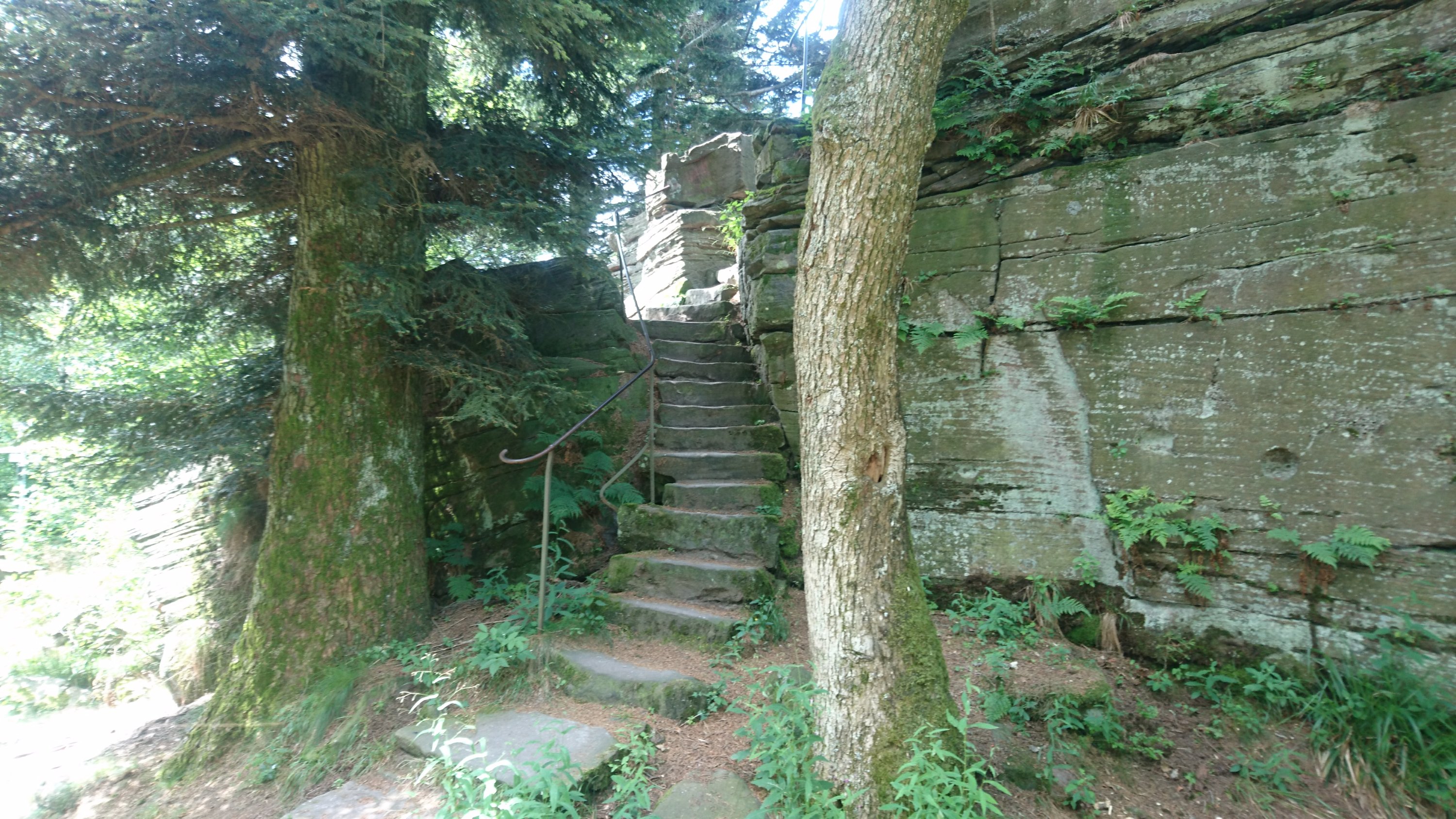 I spent a very casual morning at the hut having a slow brekky and exploring the immediate area.

There were several other grills tucked away in various places.

This sign was conveniently posted on the backside of the hut, opposite the well established fire ring.

Around noon I’d been mostly packed up and getting ready to head off when I noticed something off.

So first, a little preface. As I said previously I grew up bush-whacking on the central coast. We’d spend all summer out in ‘The Fields’, a typical Califonia coastal sage/chaparral region.  How many thousand hours did I spend tramping around? I don’t know, but based on the number of times I got poison oak it’s a lot. One thing I never got, was a tick. Until 3 years ago when camping on the Lost Coast I’d never had one. Since I’ve had 1 or 2 each year. At Bernstein I got 3. At the same time. Or worse, 2 jump on while I was busy extracting the first.

The other two were much smaller and came out easily. I believe this is Ixodes Scapularis. It reaaally didn’t want to come out. Eventually it did, head and all. Grumble, grumble.

I took the longer route back into Karlsruhe, taking time to make some adjustments to the bike. My phone died so I didn’t take many pictures on the way back but that did motivate me to fix my charger.

Welp, that’s my Bernstein trip. What a lovely place.